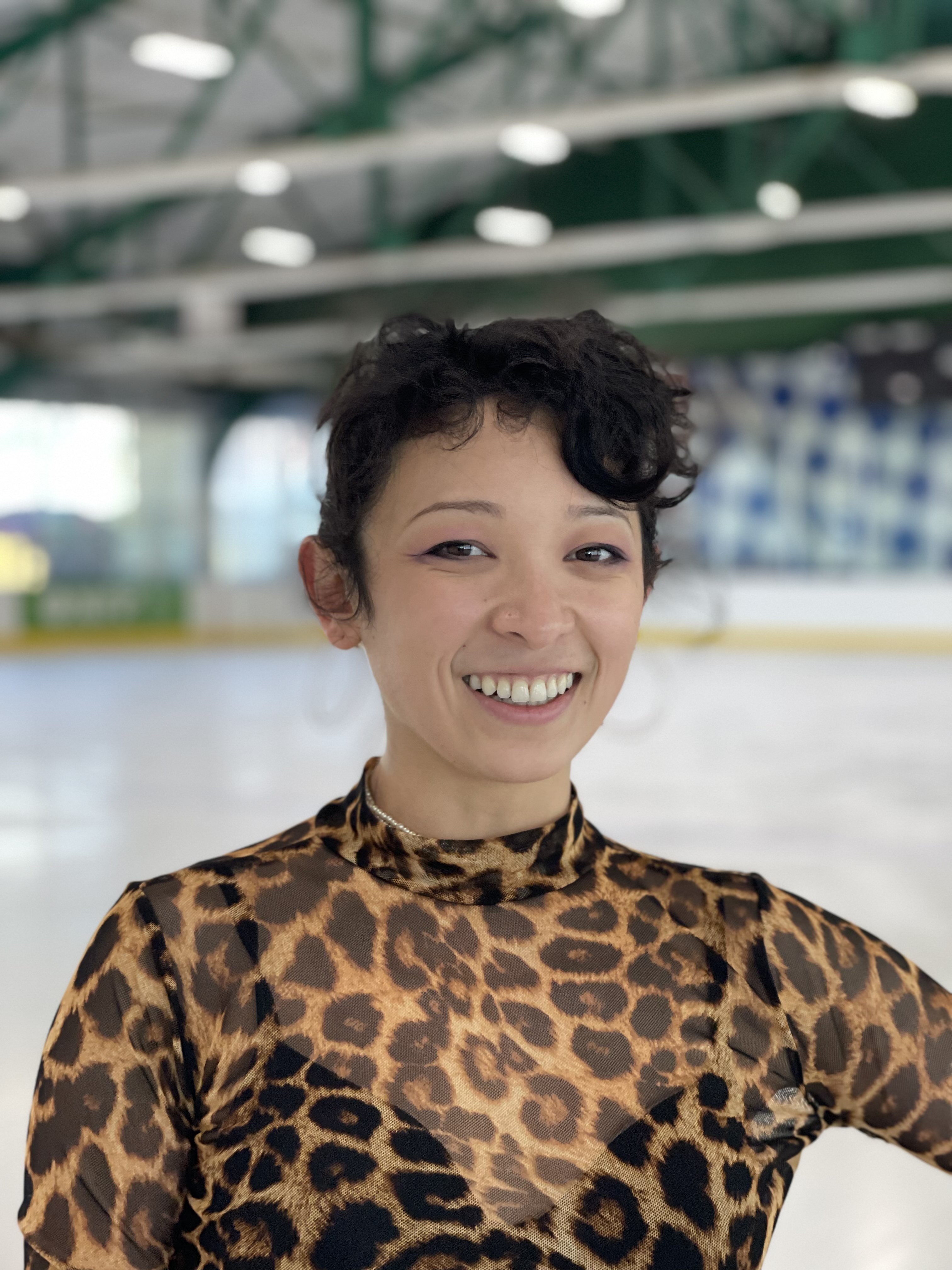 ELIZABETH (LIZ) YOSHIKO SCHMIDT, has been skating with ITNY since 2017. Luscious edges, artistic dynamic movement, and traditional ice dancing inform her skating and professional career which began in 2013, at the age of 18, performing internationally in Germany and across the United States. A Japanese/German American skater who hails from Chicago, IL, she recently moved from San Francisco, CA, to New York City. A U.S. Figure Skating double gold medalist in Freestyle and Moves in the Field, and a silver medalist in Ice Dancing, Liz received her BA of Fine Arts in Painting from the San Francisco Art Institute in 2018, and has exhibited her work across the Bay Area.